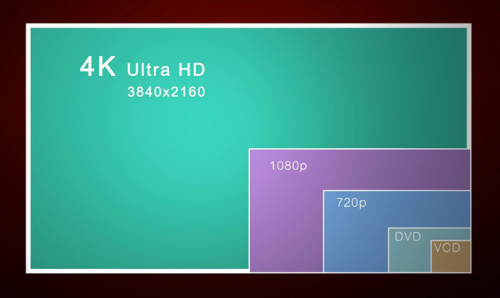 SD is the abbreviation of Standard Definition. As the name already suggests, it was the standard quality of movies and other videos for a long time. SD has a physical resolution below 720p (1280x720) format.

When watching videos on a smaller screen (like a tablet or smartphone) the difference between other formats may not be striking. On a TV or bigger computer screen, however, an SD video appears in low quality.

HQ stands for High Quality. Contrary to the other qualities, when talking about a HQ movie, the screen resolution and thus the pixels per line do not play a role. High quality videos are defined by an increased bitrate which leads to an overall better quality of the pictures shown.

So now to HD the most commonly known quality or screen resolution when talking about movies nowadays. It stands for High Definition” and the resolution is far better and higher than of SD videos. HD videos have a bigger file size when stored and require longer loading times when watching or streaming.